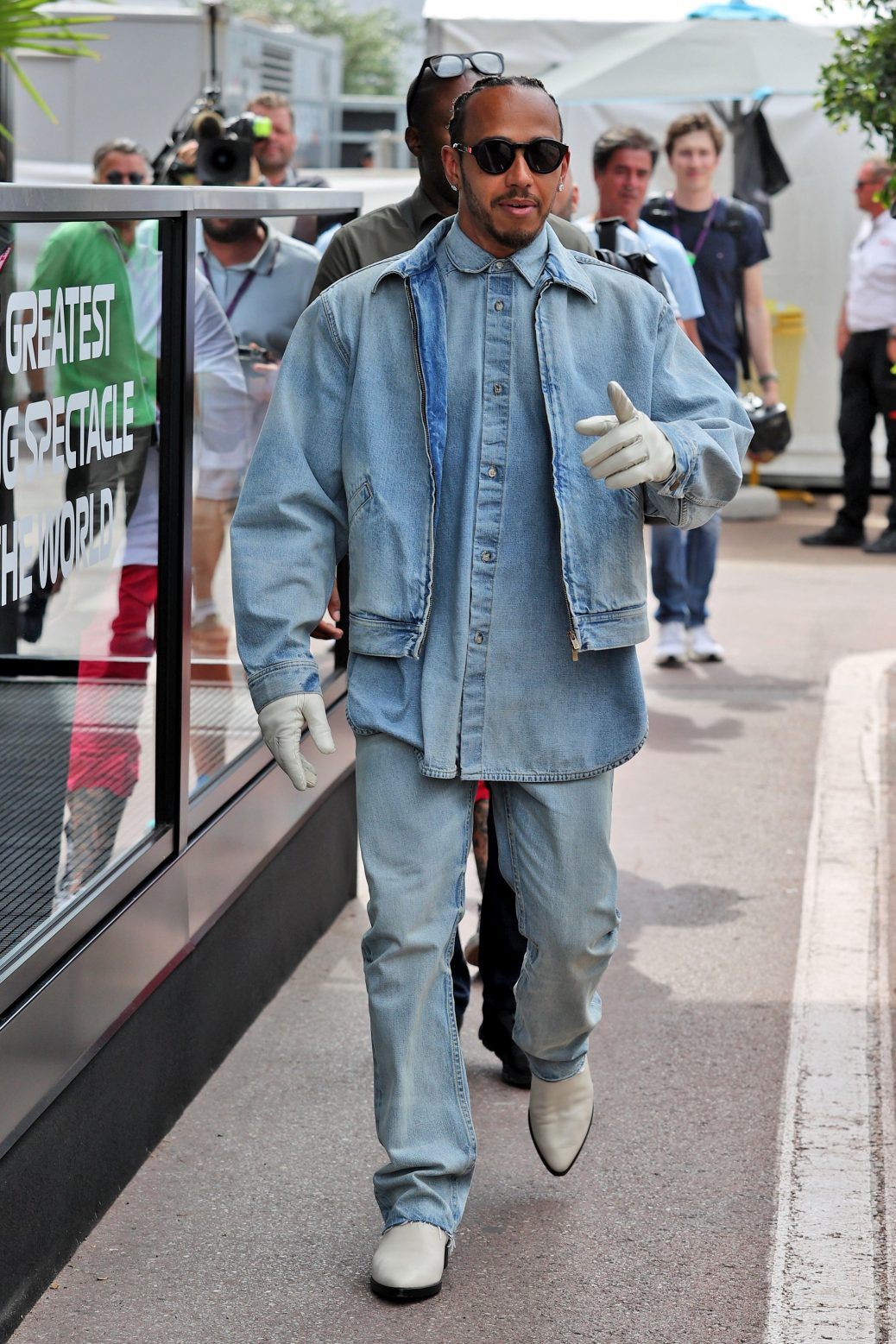 SIR LEWIS HAMILTON was snapped rocking an all-denim look at the Monaco Grand Prix. The Mercedes driver is now waiting to see if he will be slapped with a fine for not removing his nose piercing ahead of the Monaco GP. Hamilton will now test Ben Sulayem’s resolve at the Monaco GP in a pathetic row that has made the FIA look ridiculous. If the FIA do hit Hamilton with a penalty, it is likely to be a fine of around £10,000, while a second penalty could be the same amount again, plus a suspended points deduction. A third offence would see the fine increased considerably with the points being removed from Sir Lewis’ tally in the drivers’ championship.