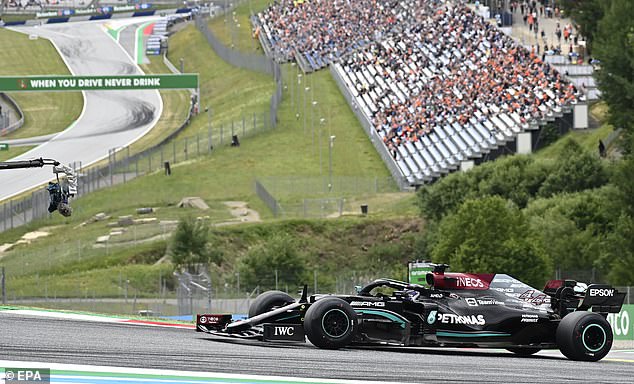 Lewis Hamilton injected new hope into his title defence by finishing practice for the Austrian Grand Prix on top of the pile. Not only did Hamilton lead the way, his team-mate Valtteri Bottas was second quickest with Verstappen third, two-tenths of a second adrift. That was a turnaround from the morning session in which Verstappen was fastest and Hamilton seventh. Mercedes made a few changes to their set-up and can now go into qualifying with a touch more optimism than they might have expected. ‘Red Bull have got some extra in their bag,’ he said. ‘Over a single lap that felt pretty good, but the Red Bulls have got the qualifying mode that we used to have and I don’t understand where they got it from.