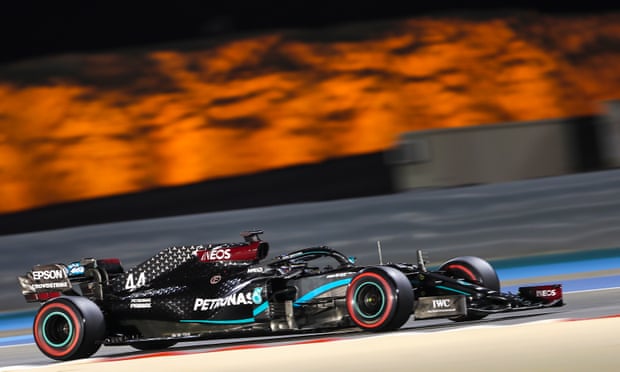 With this weekend’s Bahrain Grand Prix the first of the final three races of the season, the world champion appears determined to close it out with the relentless dominance that sealed his position as the most successful driver in Formula One history. Hamilton, who has won 10 of the 14 races this season, said he wanted to finish in the same style that has left his rivals reeling. Yet there was an even more ominous suggestion in Bahrain as Hamilton said these dead rubbers were a chance for the team to take every advantage they can into next season. “How can we extract more, learn more, use them as test races, so we can apply what we learned this year into next year’s car,” he said.