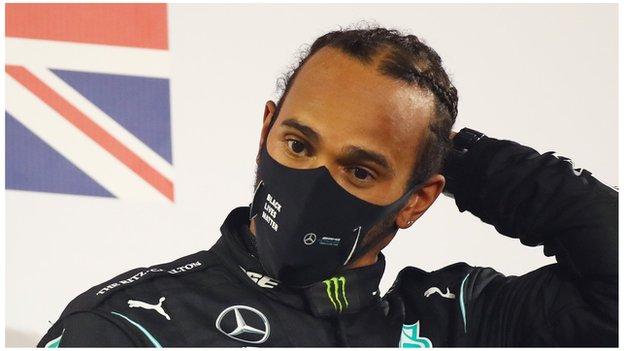 Lewis Hamilton recovering but ‘in bed and not feeling great’ with Covid, says Toto Wolff

Lewis Hamilton is recovering but “in bed and not feeling great” following his coronavirus diagnosis on Monday, according to his Mercedes team boss Toto Wolff. Hamilton is missing this weekend’s Sakhir Grand Prix as a result of his diagnosis. Wolff said that Hamilton’s diagnosis meant that any negotiations over a new contract have had to be put on hold. “The timeline is being pushed back until he recovers,” Wolff said. The seven-time champion is out of contract at the end of the season but both Wolff and Hamilton have said they intend to continue together. And Wolff said Russell’s performance on track in Bahrain this weekend – and potentially Abu Dhabi, if Hamilton does not recover – was irrelevant to the discussions.