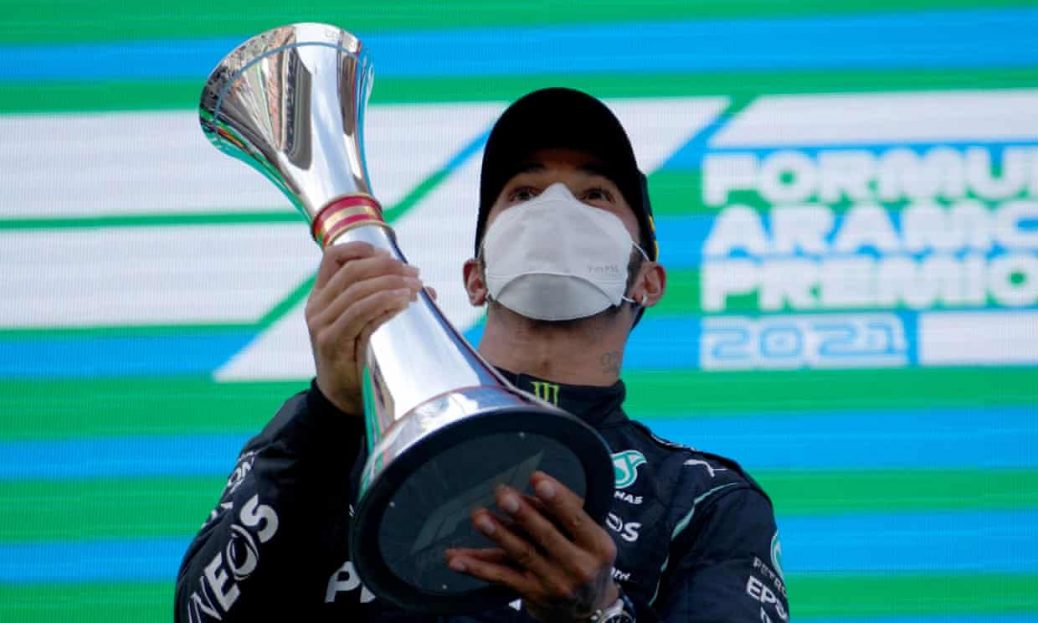 Lewis Hamilton won the Spanish Grand Prix with a magnificent piece of controlled, strategic driving and management by his Mercedes team, after he had lost the lead on the opening lap. Verstappen and Hamilton both got away well but the Dutchman drew alongside on the long drag to turn one. Verstappen went first, struggling with his rears as Hamilton closed, pitting on lap 23 to take the medium rubber. Hamilton immediately pressured Verstappen to within a second by lap 33 and sat under the Red Bull’s rear wing. With so much extra grip Hamilton was flying, taking seconds out a lap of Verstappen’s lead with the Dutchman concerned that his tyres would not make it to the end. The gap was down to 10 seconds by lap 49 and tumbled until Hamilton had caught the leader by lap 58.