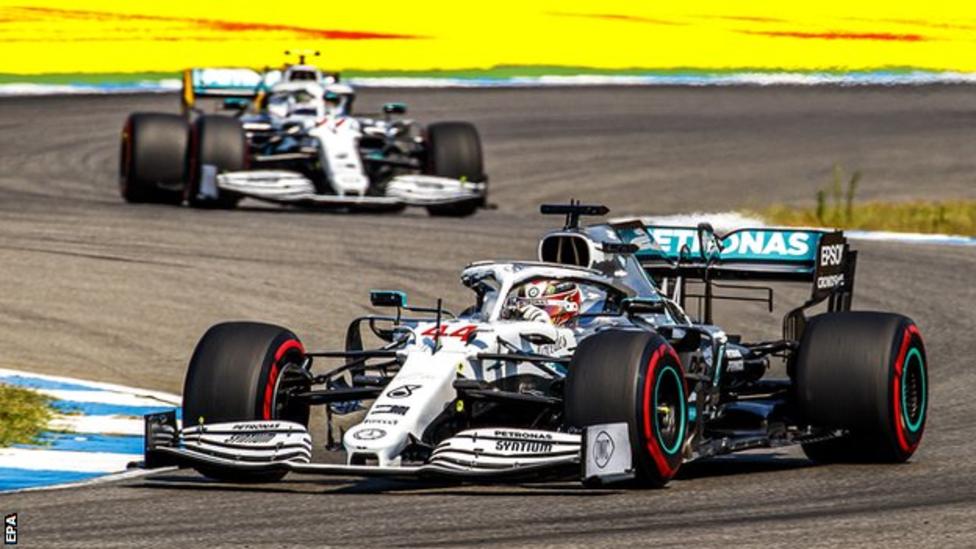 Lewis Hamilton on pole as both Ferraris break down

Lewis Hamilton beat Max Verstappen to pole position at the German Grand Prix as Ferrari’s challenge faltered because of technical problems.
Hamilton took pole by 0.346 seconds, with only 0.022secs separating Verstappen, Valtteri Bottas and Pierre Gasly.
“Lewis, you never fail to amaze us,” team boss Toto Wolff said to him over the radio after the session.
Lewis Hamilton: “If Leclerc had been there, it would definitely have been close between us.”
Even without the Ferraris in contention, the front row of Hamilton and Verstappen promises a close battle in the race, especially as wet weather threatens.