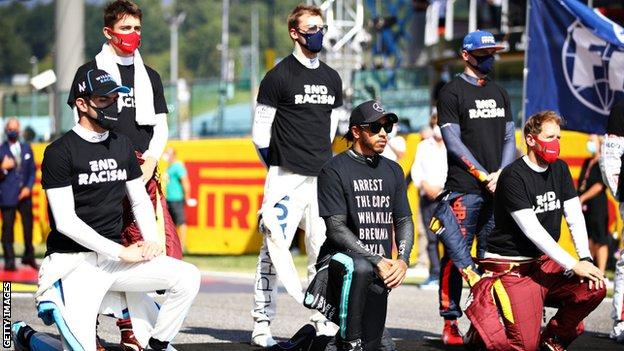 Lewis Hamilton has been named in Time magazine’s list of the world’s 100 most influential people this year. Time’s profile of Hamilton is written by Bubba Wallace, the only black driver in the American Nascar stock-car series. Wallace said Hamilton’s successful presence in F1 was a totem for black people: “He shows we’re out there doing it.”. Hamilton, 35, is poised to equal and then break the all-time F1 win record held by Michael Schumacher. Hamilton has won six of nine races this season and is on course to win his seventh world drivers’ title, which would draw him level with Schumacher’s other all-time record.