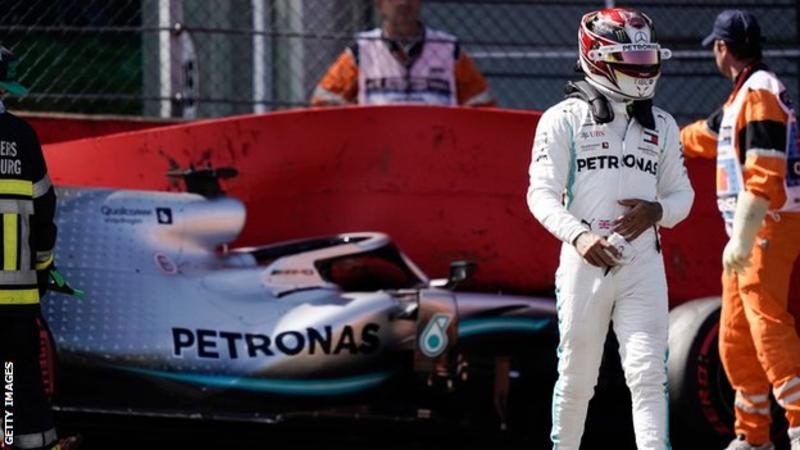 Lewis Hamilton had a heavy crash in final practice at the Belgian Grand Prix, raising questions about his participation in qualifying.
The car’s front-left corner was damaged as Hamilton hit the barriers, head on.
The concern for Mercedes and Hamilton will be two-fold: can they get the car repaired in time to run in qualifying at 14:00 BST; and whether the gearbox has been damaged, which would mean a five-place grid penalty.
Ferrari look strong favourites for pole position, which appears at this stage to be a straight fight between Leclerc and Vettel whether or not Hamilton’s car is ready.