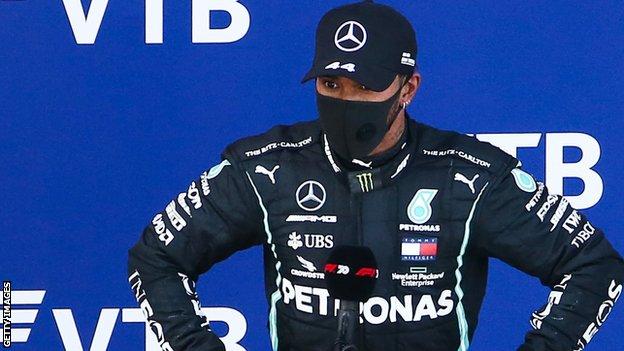 Lewis Hamilton: Mercedes driver admits he ‘may not always get it right’

Immediately after the race, Hamilton was asked whether he thought the penalty was excessive. Hamilton posted the message of his own volition, BBC Sport has been told. Bottas won the race and cut Hamilton’s lead to 44 points with seven races remaining. Hamilton, Red Bull’s Max Verstappen and Ferrari’s Sebastian Vettel all said that the points were being issued for the wrong reasons. But the incidents involving Hamilton in Sochi were the latest in a series of situations in which points have also been handed to drivers for incidents where there was no risk involved. Hamilton said: “[Penalty points] from a driver’s point of view should be if you put somebody else in danger, if you crash into somebody.