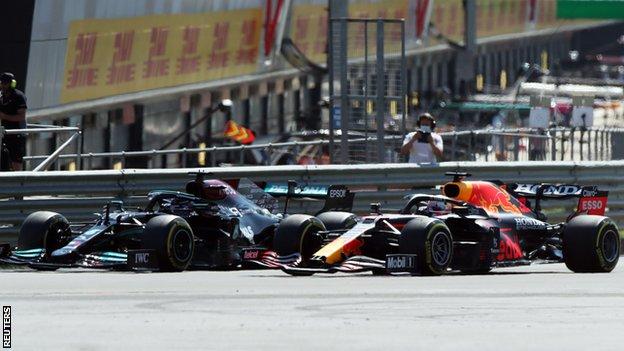 Verstappen, 23, crashed out of the race, while Hamilton recovered to take a dramatic victory. Red Bull used the Leclerc pass to argue Hamilton would have made contact in that move too – if he had been on the same line at the same speed as he was in the Verstappen incident. “I did give Max a call to check he was OK,” Hamilton said. “I would do it exactly the way I did it last,” Hamilton said. “I don’t believe our behaviour was disrespectful,” Hamilton said, “but it is one thing knowing and then celebrating what happened and one thing not knowing and celebrating.