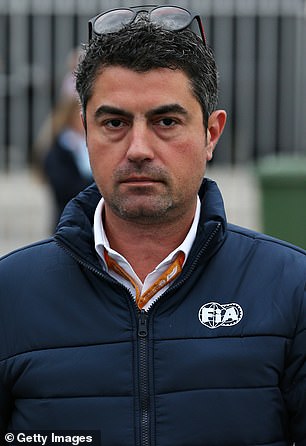 Lewis Hamilton is to blame for Michael Masi’s sacking as F1 race director, says Red Bull chief Helmut Marko, as he hits out at his ‘silence’ and ‘behaviour’ which forced the man behind the Abu Dhabi drama out of his job

Lewis Hamilton’s prolonged silence after the controversial Abu Dhabi Grand Prix played a part in Michael Masi’s dismissal as F1 race director, says Red Bull advisor Helmut Marko. As a result of the controversy, the FIA decided to remove Masi from his position as F1 race director and undergo a revamp, bringing in WEC race director Eduardo Freitas and ex-DTM race director Niels Wittich to replace him on a rotating basis. And now Marko has taken aim at Hamilton, claiming he should take responsibility for Masi’s departure after choosing not to speak out on last season’s finale for close to two months. ‘If Hamilton had informed Mercedes that he would take a step back, they would have started looking for a replacement en masse.