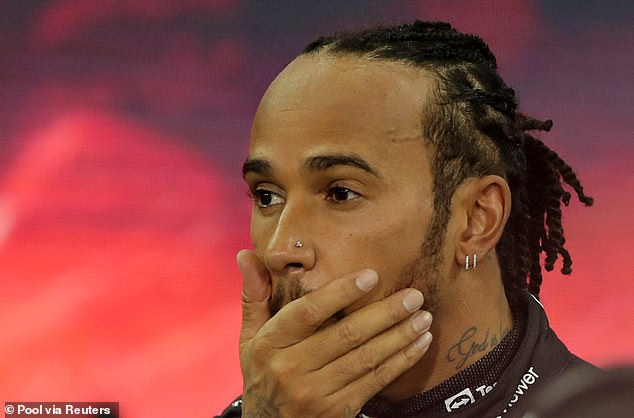 Lewis Hamilton is staying quiet because he wants to distance himself from Mercedes chief Toto Wolff, claims ex-F1 champion Jacques Villeneuve… who thinks Brit could turn his attention to a career in HOLLYWOOD

Ex-Formula One World Champion Jacques Villeneuve believes Lewis Hamilton could be set for a career in Hollywood, after the Mercedes driver continues to remain quiet ever since his controversial defeat to Max Verstappen in Abu Dhabi. The controversial move meant Verstappen clinched his first ever World title, and despite Hamilton’s post match interview, the Brit hasn’t been heard since. Villeneuve, who won the World Championship in 1997 with Williams, believes Hamilton may see his post-career state side. Hamilton’s contact with Mercedes runs until the end of the 2023 campaign, but following the events in Abu Dhabi, he may leave before the 2022 season starts. Villeneuve also claimed he could only see Hamilton see out his current deal if his team give him a new car. ‘It depends on the car that Mercedes will give Hamilton, whether he can win easily with it or not,’ he added.

It’s all getting a wee bit messy