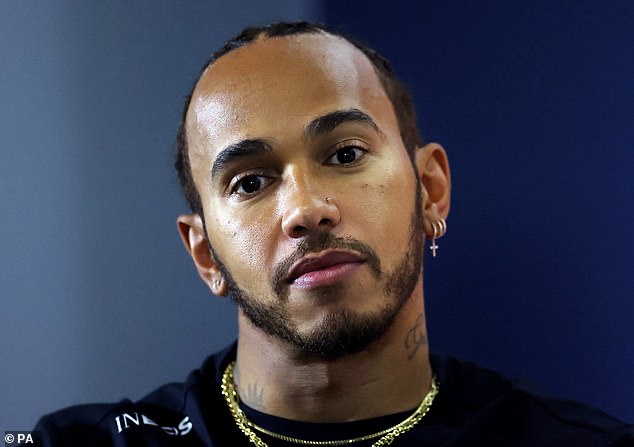 Lewis Hamilton is ‘not ready to hand over his F1 title-winning baton to fierce rival Max Verstappen’, insists Martin Brundle… as he SNUBS Sebastian Vettel while ranking F1’s best drivers

Martin Brundle says Lewis Hamilton will not hand over his Formula One title to Max Verstappen without a fight. Brundle believes it will be difficult for Verstappen to overthrow Hamilton as he says the Brit still has ‘the same motivation and work ethic’ that saw him rise to success in the first place. When asked whether he thought Hamilton and Verstappen’s rivalry was down to the changing of the guard, Brundle said: ‘I do – but one guard doesn’t want to move over does he?. ‘If you were to do a top five on the grid now, I don’t think Seb would be in it,’ said Brundle. When asked to reveal his top five, Brundle said: ‘Lewis [Hamilton], Max [Verstappen], then I would say Lando [Norris] and Charles Leclerc,’ the 62-year-old said.