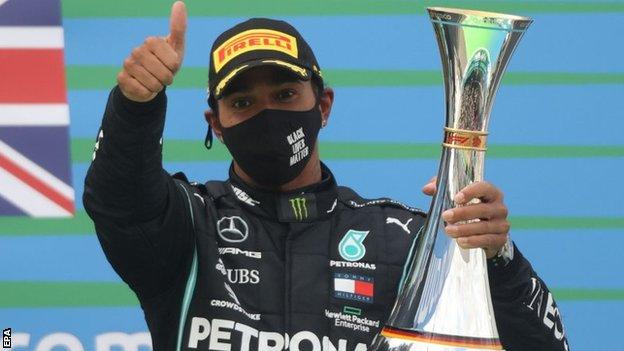 “I don’t think you should knock anybody for the way they do things,” Hamilton said. Because they were the best of their time, just as Hamilton is now. In addition to that, Hamilton has not been the only driver in a Mercedes since 2013. On other stats, Button was 0.201secs slower in qualifying, when Hamilton was ahead 42 times to 12, while Hamilton won 10 races to Button’s eight and finished ahead 28 times to 16. The record now equalled, and breaking it inevitable, the question now is how much further can Hamilton go?. “This has been a learning year with this pandemic,” Hamilton said.