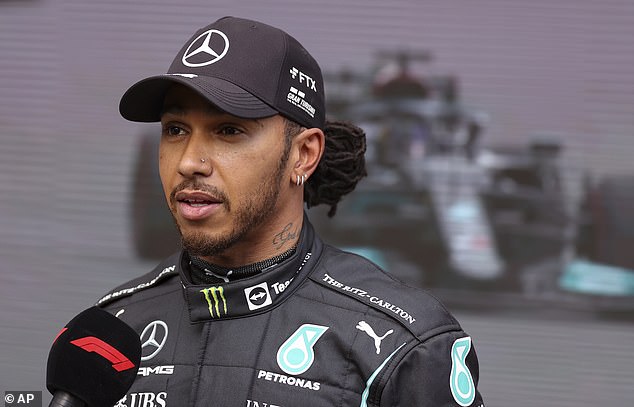 Lewis Hamilton is DISQUALIFIED from Sao Paulo Grand Prix qualifying and will start from LAST in tonight’s sprint race – with title rival Max Verstappen also receiving a hefty £43,000 fine for touching the rear wing of Brit’s car in Brazil

Lewis Hamilton has been disqualified from qualifying for the Sao Paolo Grand Prix following a rear wing infringement. The Dutchman has also faced the wrath of stewards after he was fined £43,000 for breaching parc ferme rules, by touching the rear wing of Hamilton’s car after Friday’s qualifying session. In a notice from the FIA, it was noted by the stewards that there was ‘insignificant force when Verstappen touched the wing’ of Hamilton’s car, linking to the ongoing investigation into the Mercedes’ DRS failing post-session checks. ‘Verstappen exits the car, then moves to the rear of his car. As part of the process the stewards declared that Hamilton’s rear wing should be removed from his car and impounded under seal. By Verstappen looking at Hamilton’s car in Parc Ferme, it was a suspected breach of Article 2.5.1 of the FIA International Sporting Code.