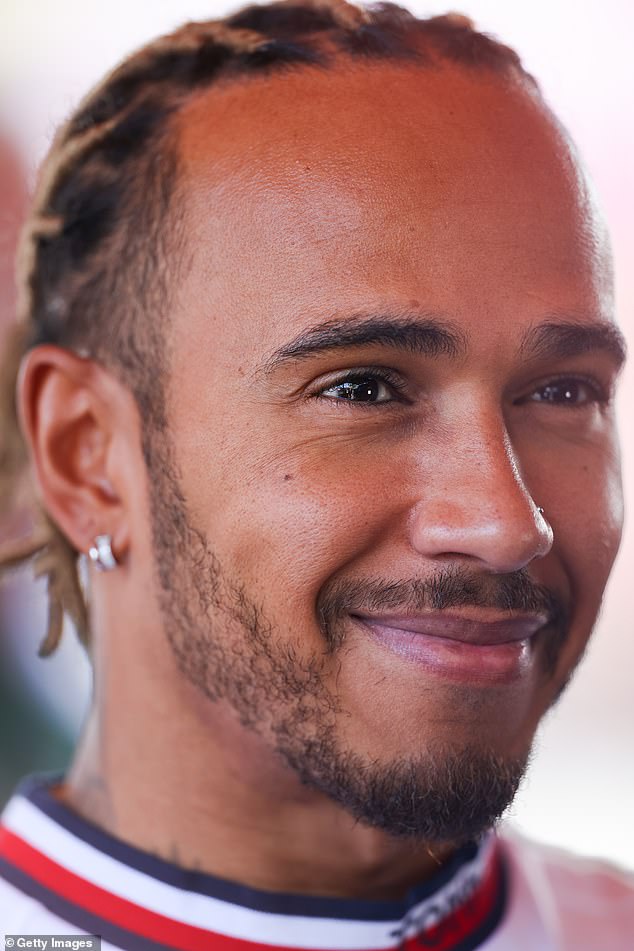 ‘Is that who I thought it was?’ asked stunned staff at Mercedes’ factory in Brackley, Northamptonshire, recently. For the Hollywood A-lister was there to speak to Lewis Hamilton, and now the pair are making a star-strewn Formula One film together. Hamilton, 37, is helping produce the unnamed film but, speaking ahead of tomorrow’s Azerbaijan Grand Prix, said he probably would not appear in it. ‘We are working on the script and spending time with Brad is pretty epic,’ explained Hamilton. ‘We don’t want it to be crap, which is probably why I’m not going to be a part of it!’. Hamilton said: ‘I heard Mohammed clarified things later, which is positive. Mercedes’ George Russell came seventh with Hamilton 12th, 1.65sec off the pace.