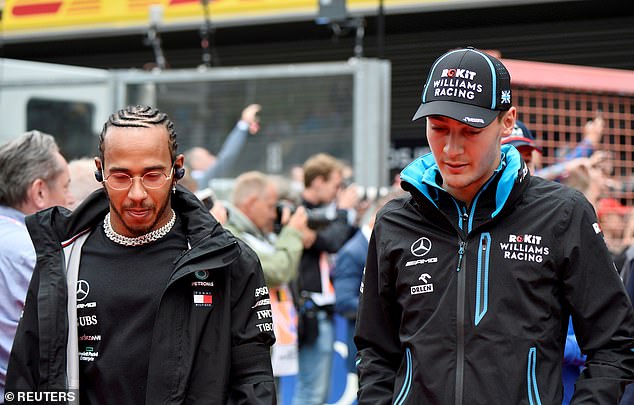 Lewis Hamilton has claimed that George Russell will help ‘energise’ Mercedes next season after speaking publicly for the first time since his new team-mate was confirmed. Russell will join Mercedes for the 2022 campaign, replacing Valtteri Bottas who has been Hamilton’s team-mate since 2017 after replacing Nico Rosberg. ‘We spoke earlier this week over text, he said “congratulations, and looking forward to being team-mates with me” and seeing how I get on,’ Russell said. Russell stood in for Hamilton, who was ill with Covid, at Mercedes for last year’s Sakhir Grand Prix and only poor luck denied him a stunning victory in Bahrain.