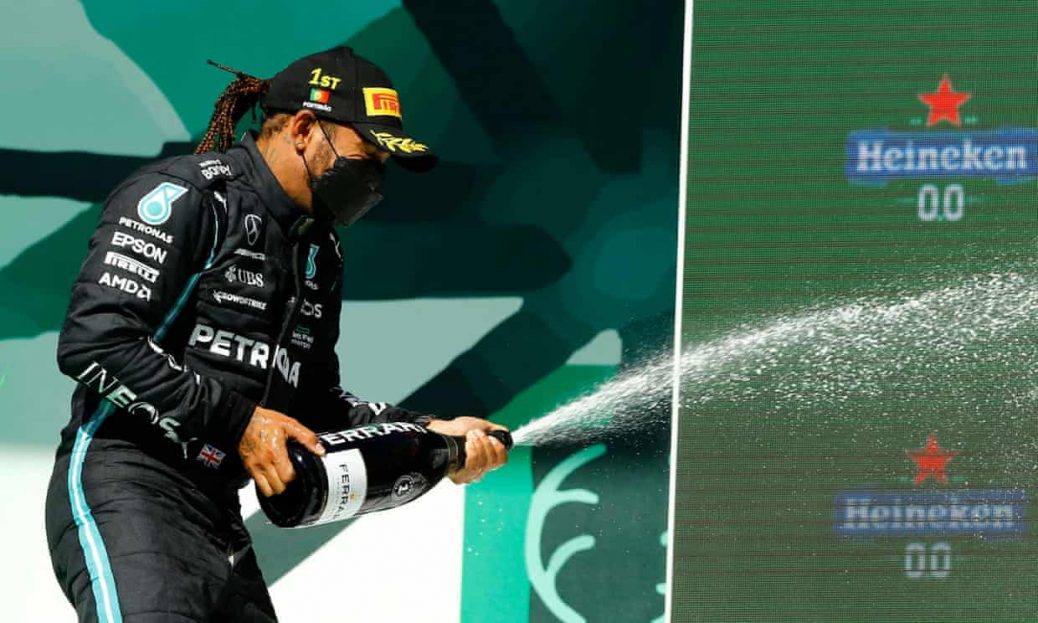 The Mercedes driver beat the Red Bull of Max Verstappen into second place at the Autódromo Internacional do Algarve, with Valtteri Bottas in third for Mercedes. Bottas on pole held his lead through turn one, with Hamilton and Verstappen slotting in line astern. Hamilton appeared to have found his groove with more pace than Bottas but Mercedes allowed their men to race on as they began to drop Verstappen. His extra pace then immediately told as he put 1.7 seconds on Bottas within four laps. Looking for the undercut Verstappen pitted on lap 35 to take the hard tyres. More fastest laps ensued as the gap opened up further with four seconds the advantage by lap 48 and he caught and passed Pérez for the lead on lap 50.