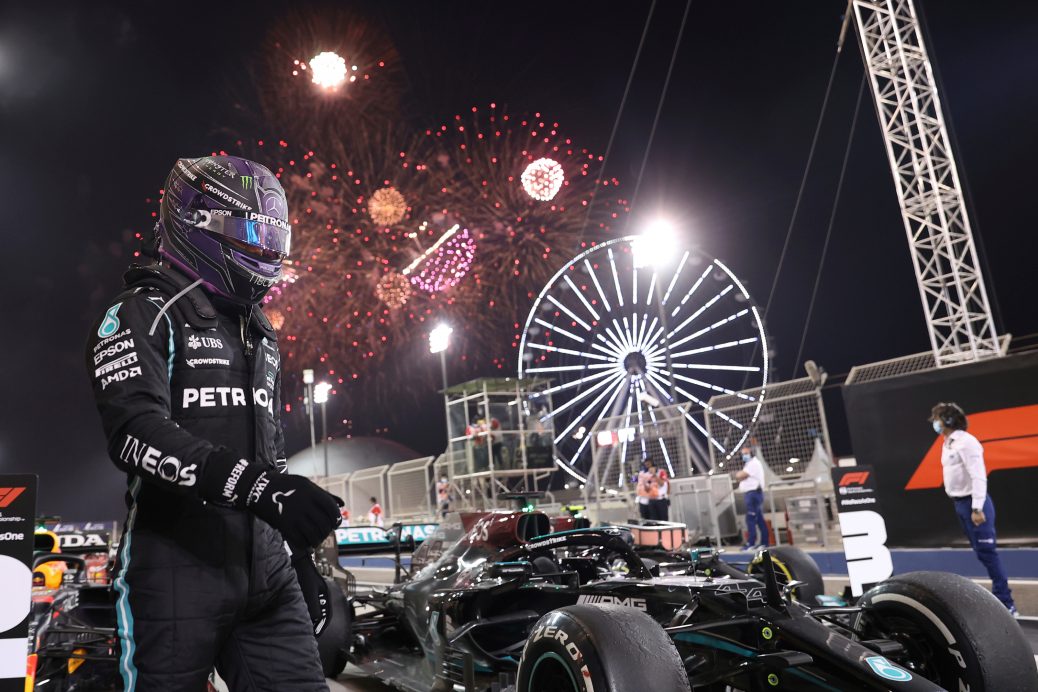 LEWIS HAMILTON held off a late Max Verstappen charge to open the F1 season with a thrilling win in Bahrain. Verstappen appeared to have won the grand prix after driving past Hamilton around the outside of Turn 4, with just three laps remaining. Hamilton twice stopped for tyres earlier than Verstappen in a bid to undercut the Red Bull car. Following the second round of stops, Verstappen exited the pit lane 8.5 seconds behind Hamilton with 16 laps left. It provided a mouth-watering climax as Verstappen, the driver desperate to dethrone Hamilton as F1’s ruler, set about chasing his man. But Red Bull were instructed by the stewards to order Verstappen to give the place back.