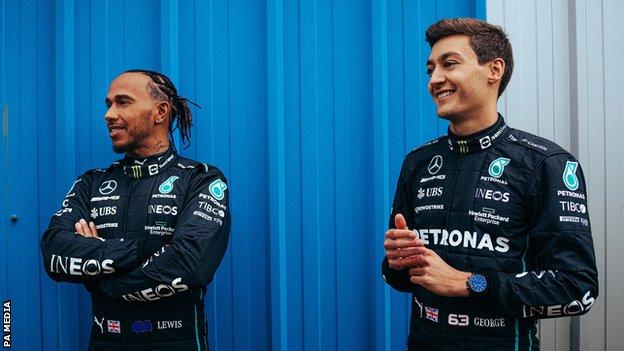 Lewis Hamilton ‘had title taken away from him’, says new team-mate George Russell

Lewis Hamilton had an eighth world title “taken away from him” by the errors made by officials at the final race of last year, George Russell says. Hamilton’s new Mercedes team-mate said at the launch of their new car that he “really feels for Lewis” because of the controversial Abu Dhabi Grand Prix. Hamilton was leading in Abu Dhabi and on course for a fourth consecutive win that would have secured the title until a late-race safety car. On Thursday, governing body the FIA announced a series of changes to F1’s race control system following an inquiry into Abu Dhabi – including removing Masi as race director. “The FIA were incredibly proactive straight after Abu Dhabi to find better solutions,” Russell said.