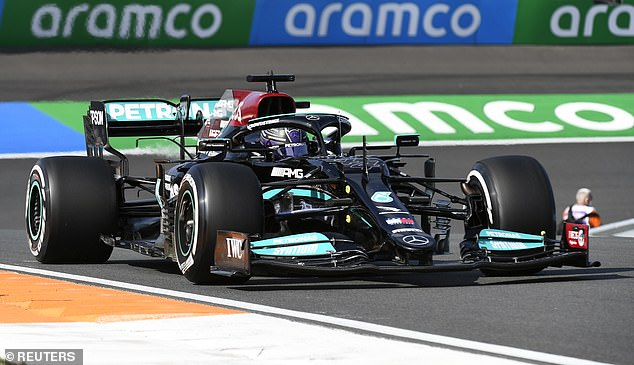 Lewis Hamilton goes fastest in first practice for the Dutch GP but session is severely disrupted as 35 minutes are lost to help recover Sebastian Vettel’s stricken Aston Martin… with the German forced to grab an extinguisher to put out a fire on his car!

Lewis Hamilton showed Mercedes why he was still top dog in the team after going fastest in the first practice session for Sunday’s Dutch Grand Prix. Hamilton just edged out his title rival Max Verstappen by fewer than a tenth, with Ferrari’s Carlos Sainz completing the top three in the morning running on the Dutch coast. Hamilton eventually set his fastest time once running resumed six minutes from the end. Meanwhile, Russel placed 15th in the morning in his Williams following on from his first podium at the farcical Belgian Grand Prix on Sunday where just two laps under the safety car were run.