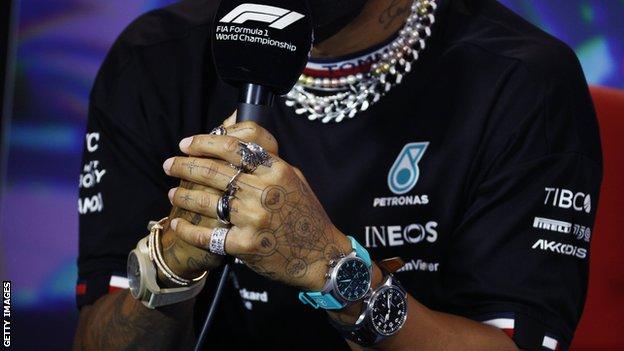 Lewis Hamilton has called on Formula 1’s governing body the FIA to back down in its strict approach to drivers wearing jewellery in their cars. I am here to be an ally of the sport – we have bigger fish to fry,” he said. Hamilton, the driver who wears most jewellery out of the car, said that when in it he only wore “earrings and nose ring, which I can’t remove”. I wanted to reassure him and said: ‘I want to be an ally. The Frenchman said: “I do believe there are bigger things to focus on. Hamilton has had a difficult start to season in a Mercedes team whose car is not competitive.