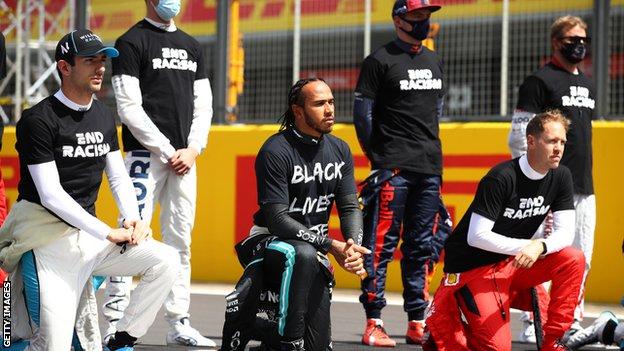 Motorsport boss Jean Todt says he “admires” and “respects” Lewis Hamilton for promoting anti-racism. Todt said the FIA stood by its decision to let the drivers demonstrate their opposition to racism in the way they see fit. Todt spoke to Briton Hamilton about the anti-racism agenda between the Hungarian race and Silverstone but said the subject of the phrase “all lives matter” had not come up. Todt said: “We did not speak about that, or the meaning of a special phrase. Asked what he felt about the likelihood of Schumacher’s records being surpassed by Hamilton, Todt said: “To be very sincere, if you have a link to the record, you like the record to stay.