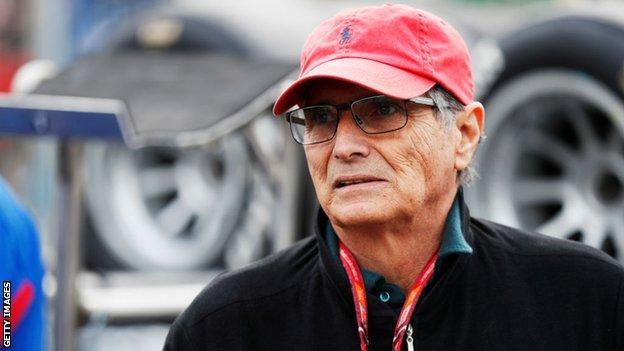 Formula 1 has condemned three-time world champion Nelson Piquet for using racially abusive language about Lewis Hamilton. The 69-year-old Brazilian, who won the world title in 1981, 83 and 87, used a racially offensive term in referring to Hamilton on a Brazilian podcast. He also used a swear word in expressing his opinion that Hamilton had made a mistake and caused the incident and had been “lucky”. Hamilton’s team Mercedes said: “We condemn in the strongest terms any use of racist or discriminatory language of any kind. Lewis has spearheaded our sport’s efforts to combat racism, and he is a true champion of diversity on and off track.