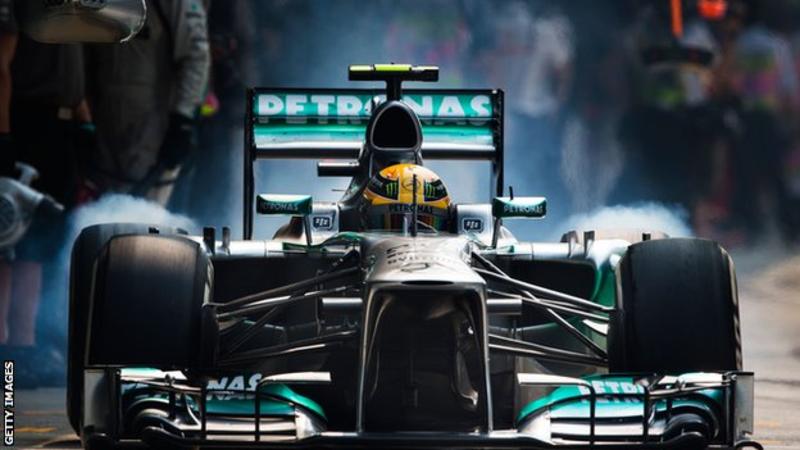 Five-time world champion Lewis Hamilton has clarified comments he made about India being a “poor place”.
Briton Hamilton, 33, told BBC Sport this week that it was “strange” to race in India and he “felt very conflicted”.
“I noticed some people are upset with my comment on India,” Lewis Hamilton tweeted on Thursday.
Lewis Hamilton: “My reference was that a grand prix there felt strange to drive past homeless people, then arrive in a huge arena where money was not an issue.”
Lewis Hamilton: “When we did have the race nobody came because it was too expensive or there was no interest.”