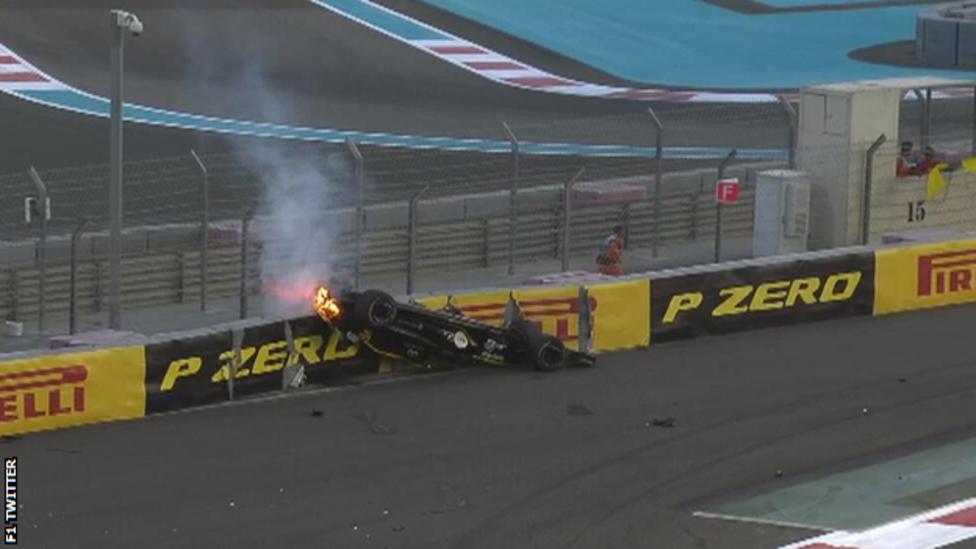 Lewis Hamilton won the Abu Dhabi Grand Prix to end the season in which he clinched his fifth world championship on a high.
It was the 11th victory of the year for Hamilton, who dominated the race with a controlled drive.
Hamilton performed ‘doughnuts’ after crossing the line, before himself and former title rival Sebastian Vettel flanked the retiring two-time world champion Fernando Alonso – before all three performed more doughnuts on the start-finish straight.
Vettel took second after Hamilton’s team-mate Valtteri Bottas faded to fifth, which means the Finn ends the season without a victory.