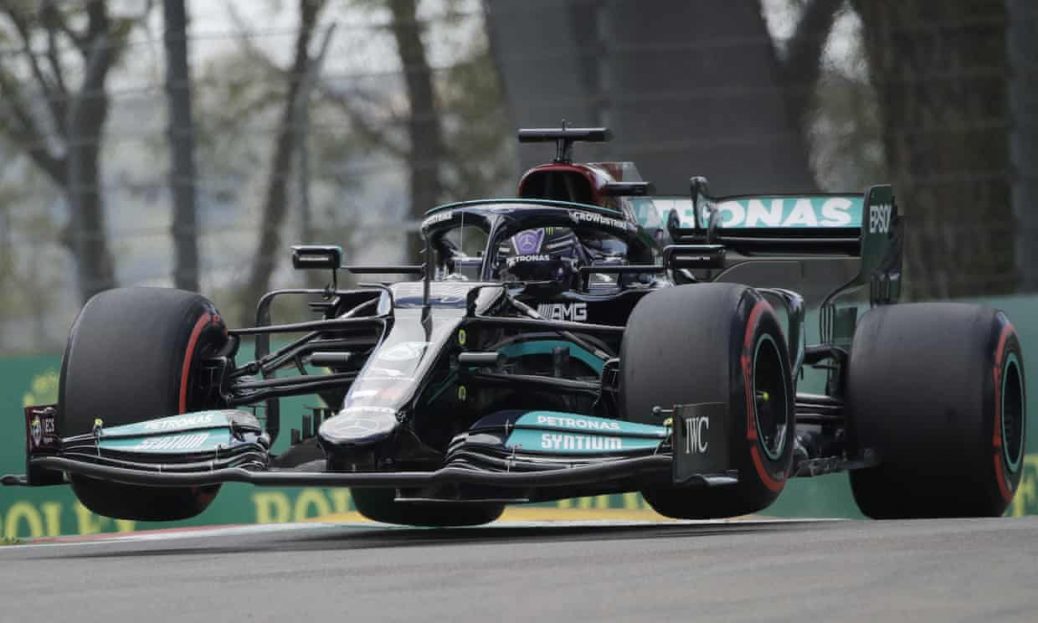 The world champion claimed the top spot against the odds and with no little surprise against an expected Red Bull triumph. Hamilton’s pole lap was a stunning run through the glorious parkland of the Autodromo Internazionale Enzo e Dino Ferrari. “I knew it would take something special,” said Hamilton “It would have to be the perfect lap to beat the Red Bulls, they have been so fast all weekend.”. On his first hot lap in Q3 Hamilton flew, with a time of 1min 14.411sec, nine-hundredths in front of Verstappen. Hamilton did not improve and Verstappen and Pérez pushed to the limit but could not match the world champion. Hamilton said it was close to perhaps his greatest moment over the single lap discipline, his extraordinary pole at Singapore in 2018.