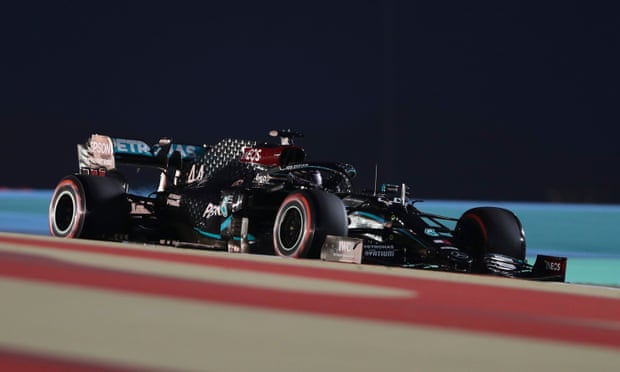 Securing pole for Sunday’s Bahrain Grand Prix could not have been more emphatic. Hamilton’s seventh title is already secured and with it he has equalled Michael Schumacher’s record. This was his 98th pole and with two races to come he could yet be the first driver to make it to 100. Hamilton has two previous poles in Bahrain and once more found an immaculate touch at the track. Three races remain, one on Sunday and two more also in Bahrain next weekend. Hamilton and Bottas were on top in first practice, run during the daytime but in the only session representative of qualifying and race conditions, the evening on track of FP2, Hamilton was once more on top, three-tenths up on Verstappen and Bottas.