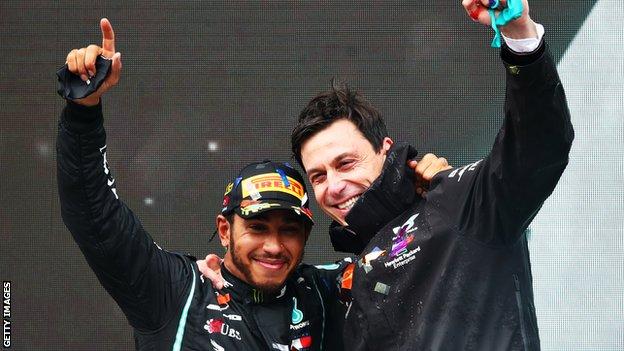 Wolff said Hamilton had been trying out different set-ups on his car as the team try to get to the bottom of their performance problems. “Lewis has been trying some quite experimental parts of the car and there was a different floor solution on his car that didn’t work,” Wolff said. Wolff said that although Hamilton has now lost out to Russell in Spain, Monaco and Baku, it was “too early to identify a pattern”. Wolff said: “I am very close to it and I see one session one is faster and then next the other is. Wolff said that in Baku Hamilton’s car had a different set-up that was exacerbating the problems with bottoming with which Mercedes have been struggling this season. “The car was porpoising more and bottoming out to a degree that it became dangerous, and couldn’t extract the performance,” he said. “We are going around the last two corners at 300km/h, bottoming out, you can see how close the cars are running to the ground. Wolff said: “We’ve seen cars that don’t have the issue.