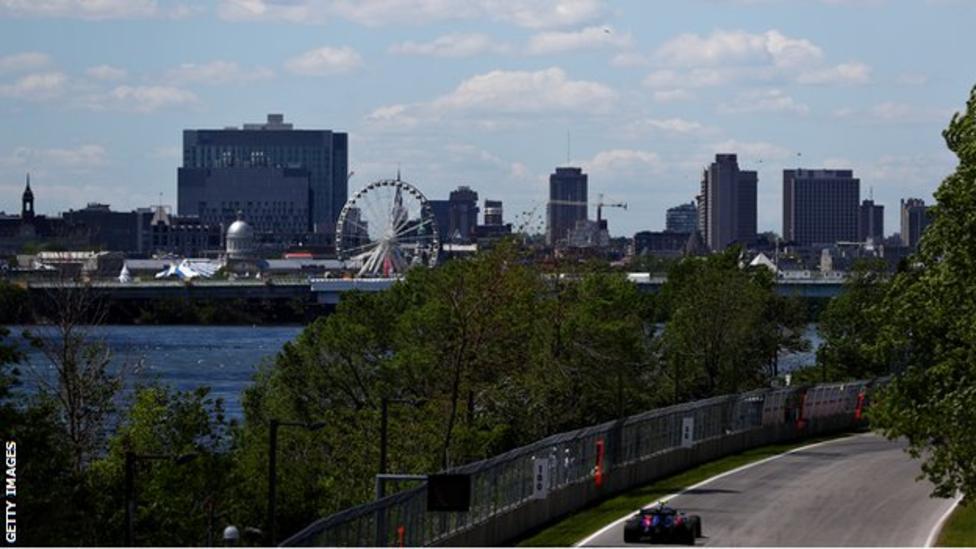 Charles Leclerc led a Ferrari one-two in second practice at the Canadian Grand Prix after Lewis Hamilton crashed his Mercedes.
Ferrari had looked off the pace throughout first practice and through the first runs of the second session, lagging a second or so behind the Mercedes.
Mercedes have won all the first six races but Ferrari were expected to be more competitive in Canada because the track’s layout – compromised of long straights and slow corners – plays to the strengths of their car.
His long run on the soft was just over 0.6secs quicker on average than Sainz, as the drivers and teams struggled to understand how the tyres will behave in race conditions.