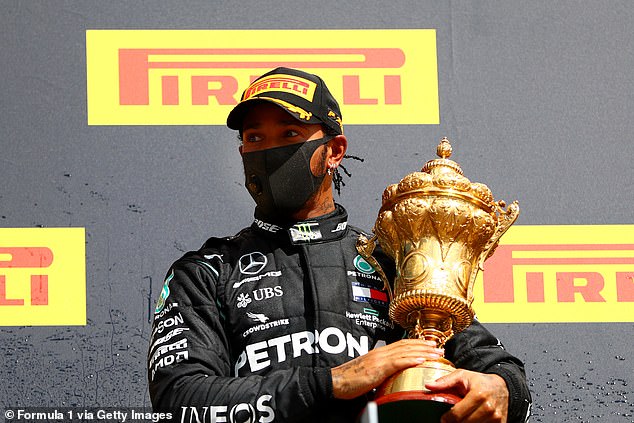 Lewis Hamilton could help Mercedes hit perfection, McLaren are now a better team than Ferrari and why F1 needs the return of a tyre war… FIVE things we learned from the British GP

As perhaps true to form for the 2020 Formula One campaign, an otherwise largely dull British Grand Prix exploded into life in the dying laps. Lewis Hamilton’s victory at the British Grand Prix was his third in four races in 2020. With Ayrton Senna and Alain Prost, McLaren won 15 of the 16 races in 1988. Before that Ferrari won all seven Formula One races of the 1952 season. After four races, McLaren in third lead Ferrari in the constructors’ standings by eight points. A dull race only came to life when a few of the drivers’ tyres started to rapidly delaminate into a shredded mess late on. Instead what F1 needs is another tyre company involved to take on Pirelli. His saving grace right now is there are few alternatives to replace him with.