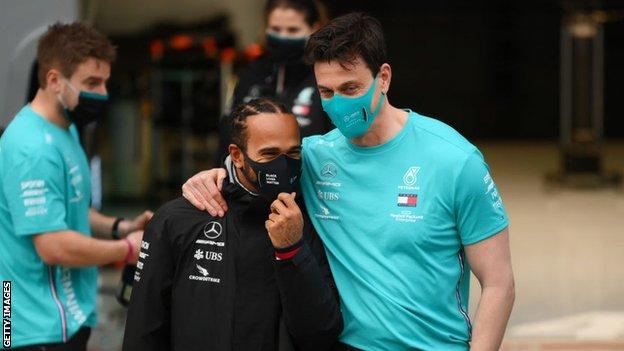 Mercedes team boss Toto Wolff says he expects to start talks with Lewis Hamilton over a new contract within a few days. His contract expires this year but he has said he wants to stay at Mercedes. “Flying back from a seventh drivers’ championship, you can’t talk about a contract. Hamilton and Wolff had put off contract talks because they wanted to secure the drivers’ and constructors’ championships first. “We are all thinking of Michael very often and his achievements,” Wolff said. Ex-F1 driver Mark Webber, a former rival of Hamilton, said the Mercedes driver was “untouchable” in the sport.