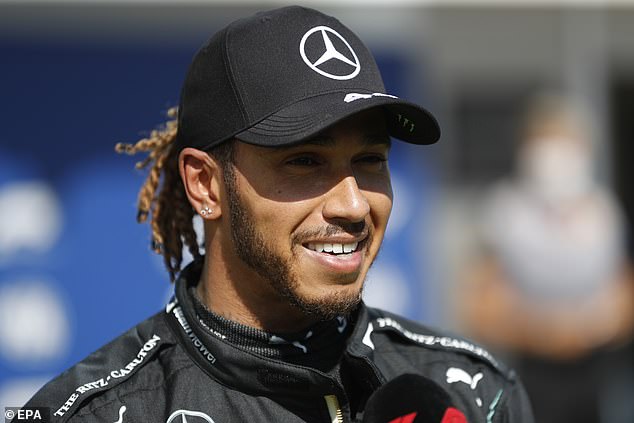 A wry smile from Lewis Hamilton as the boos rang out from the grandstand after he snapped Max Verstappen’s four-straight pole positions to go quickest in Hungary. Verstappen will start from third, on the soft tyres shunned by Mercedes, who selected mediums. No improvement for any of the top challengers so Hamilton takes pole from Bottas and Verstappen!. Verstappen just about made it but Perez missed it and he can’t improve. Verstappen crosses with a 1.15.9 before Bottas goes two tenths quicker and then Hamilton takes an additional three tenths to go half a second clear of Verstappen!. Verstappen finishes the session just like he did in Q1 as the quickest man on the track. Lando Norris goes second fastest and is out of the bottom five and Sergio Perez goes P4 after he had dropped into the danger-zone. Lando Norris set a purple first sector but dropped off on the rest of the lap and puts himself P7. Verstappen was going quicker in the early part of the lap but Hamilton set very quick two final sectors. So Verstappen gets the edge in the first session from the Mercedes pair of Lewis Hamilton and Valtteri Bottas. Verstappen is comfortable to stay in the pits though the Mercedes pair are out on used tyres. The Red Bull is looking good and Max Verstappen goes purple in all three sectors to go top from Hamilton by 0.210 seconds. Verstappen topped the first practice session, Bottas topped a Mercedes 1-2 in the afternoon session on Friday and Hamilton pipped his title rival in this morning’s session.