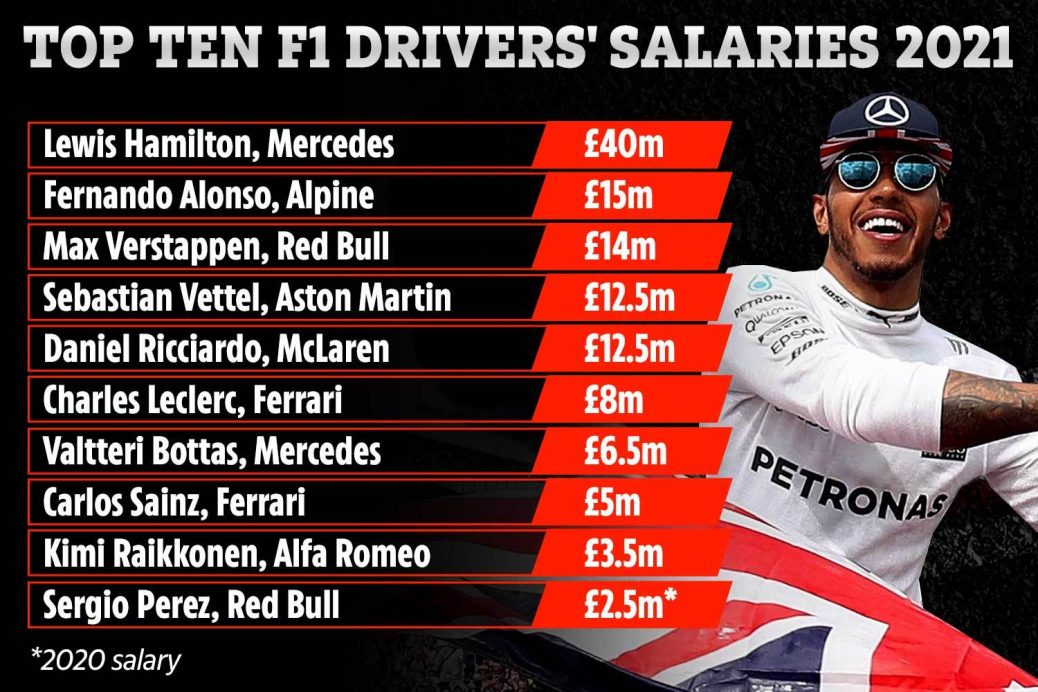 Lewis Hamilton by far F1’s top earner on a staggering £40m a year, way ahead of rivals Alonso, Verstappen and Vettel

LEWIS HAMILTON is set to once again be Formula One’s top earner on a truly staggering £40million pay packet. Sebastian Vettel was the second highest-earner in 2020 but has traded his £37m Ferrari pay packet for a more modest £12.5m at Aston Martin. Scuderia newboy Carlos Sainz is one of few drivers to earn a pay rise ahead of 2021 with a bump up to £5.3m as he swaps Ferrari from McLaren. Kimi Raikkonen, Lance Stroll and Esteban Ocon are the only other drivers thought to earn seven-figure sums. Racing gets underway in Bahrain on March 28 with a three-day test set for the Sakhir circuit from March 2-4.