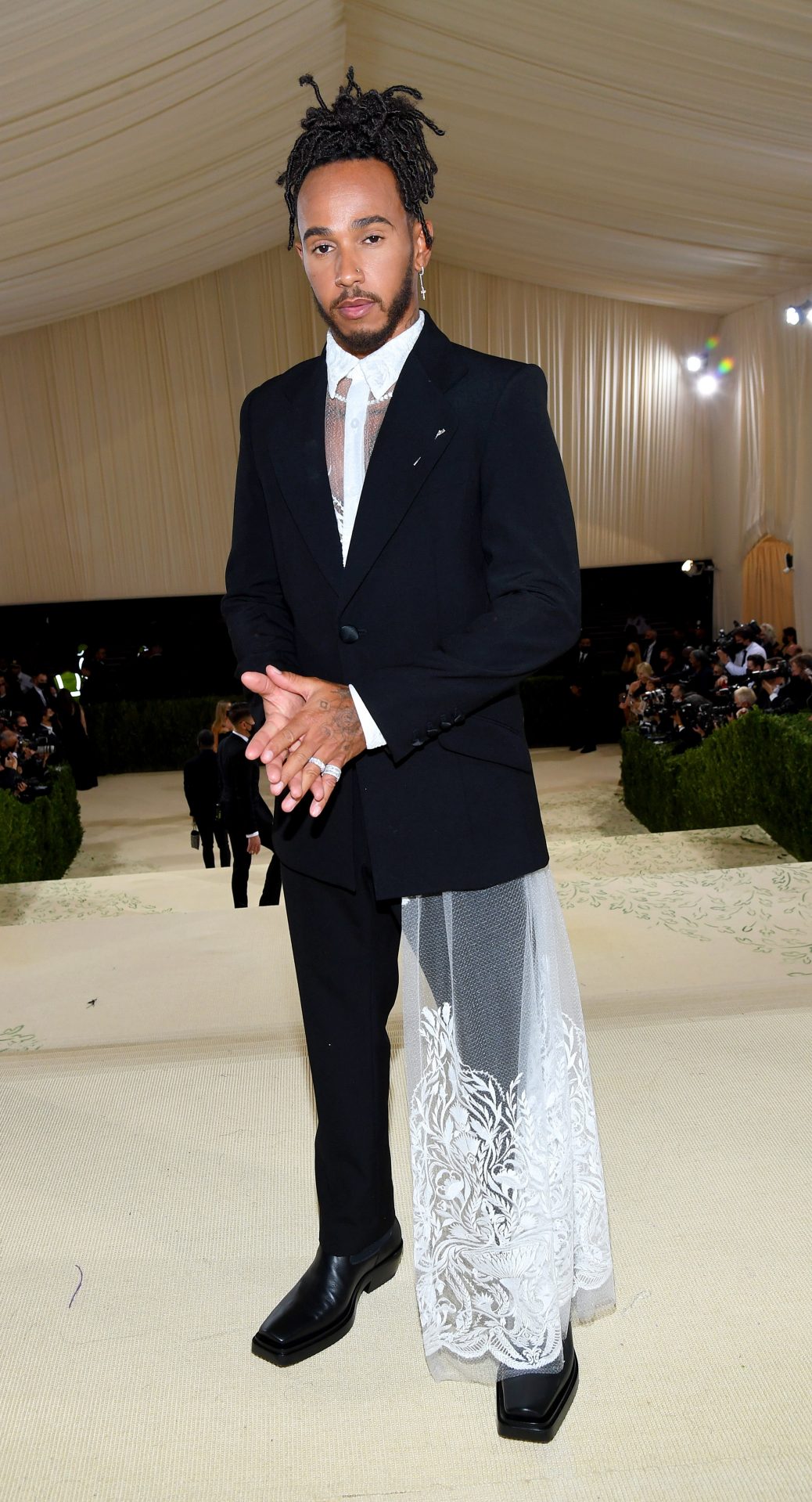 LEWIS HAMILTON bought a whole table at the Met Gala to host emerging black designers. And he proved his class by securing the table for some up-and-coming designers. But Hamilton revealed he felt ‘really, really fortunate’ Vogue Editor-in-Chief Anna Wintour agreed to host his table. The Brit driver said: “I’ve brought four incredible, young, black talented designers. One of the four rising stars brought along by Hamilton was Kenneth Nicholson. Nicholson designed a custom piece for the seven-time world champion with a suit and calf-length lace shirt. Hamilton wrote on Instagram: “So incredibly honoured to have collaborated with American Designer Kenneth Nicholson on bringing this vision to life.