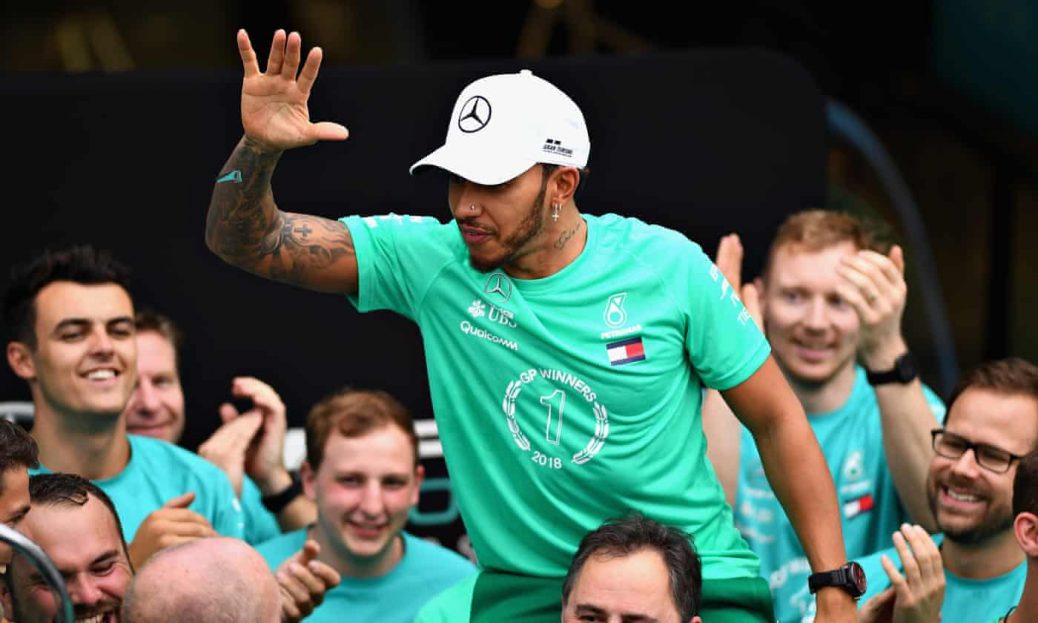 Max Verstappen had put in a superb drive only to be denied the top step after a clash left his chances spiralling away as Hamilton swept into the lead to ensure Mercedes clinched their fifth consecutive world constructors’ championship.
Hamilton had started from pole and held his lead from the off but Mercedes could not push hard on their tyres as Red Bull’s race pace proved mighty and it quickly became clear the fight was with Verstappen.
Lewis Hamilton: “He [Ocon] was such an idiot he gets taken out while he’s being lapped.”