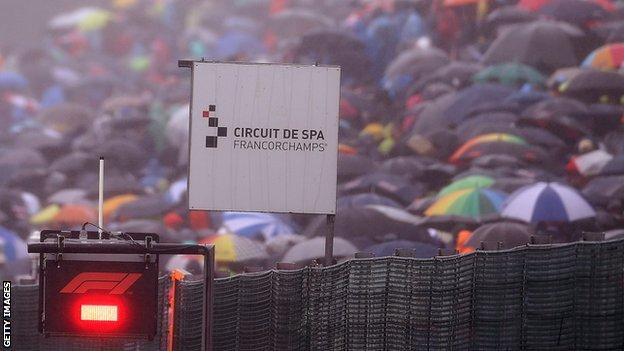 Race director Michael Masi said the cars were sent out the final time “to see what the conditions were like”. The rules say half points are awarded if at least two laps and less than 75% race distance are completed. “It obviously was no race so we should not have points”, the German added, adding that receiving points felt “really odd”. “When you can’t see where you’re going and you can’t see where the car ahead of you is, you can’t race like that.”. Hamilton added: “I couldn’t go flat out down the straight because I had no idea where George was.