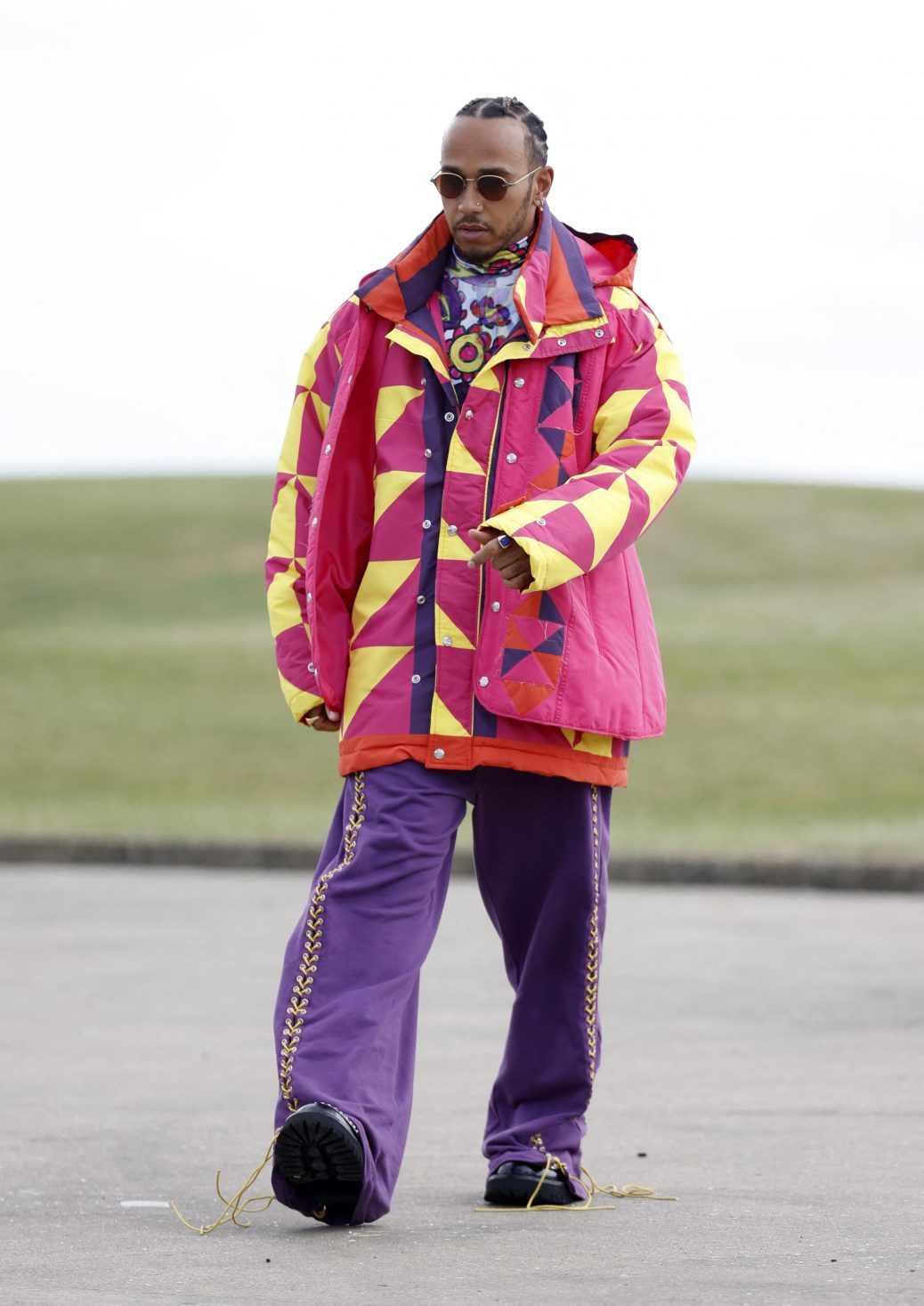 LEWIS HAMILTON donned a colourful pink, yellow and purple jacket as he arrived at Silverstone ahead of the British GP this weekend. Staggeringly, Hamilton has won EIGHT out of the last nine British GPs, but his preparation for this weekend’s race has been marred by vile racist abuse from Nelson Piquet. Hamilton called for F1 to take “action” after Piquet’s vile comments surfaced. And Hamilton, known for making a fashion statement, looked the part as he touched down at the track. The British Merc duo will be hoping for a good result on home soil, and will be buoyed by Hamilton’s P3 and Russell’s P4 in Canada last time out.