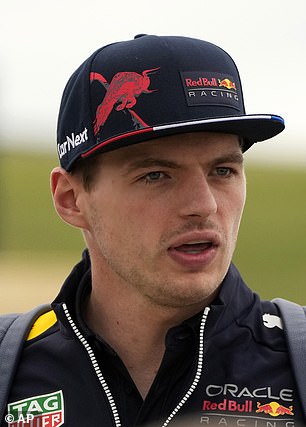 A lot has changed since Lewis Hamilton and Max Verstappen crashed while battling for the lead of the British Grand Prix one year ago. Verstappen has a championship behind him after his controversial title win over Hamilton, and he now has a second title well in his sight. Verstappen had a 33-point lead and was gaining momentum with three wins on the bounce. But his lead was slashed to just eight points, after a collision between the pair – which Hamilton was at fault for – saw Verstappen crash out in the opening lap. Verstappen was deemed ‘predominantly to blame’ for the incident and was handed a three-place grid penalty for the next race, a decision the Dutchman typically disagreed with. Verstappen didn’t receive a penalty and he was then issued a warning for weaving, before Hamilton eventually found his way through for the victory. Verstappen was penalised twice in the race, with Hamilton afterwards stating: ‘We all know how to race. Verstappen has even gone on to say there’s ‘no hard feelings’ with Hamilton ahead of their return to Silverstone. That of course is helped by the fact that Mercedes have not had the car to challenge Verstappen and Red Bull – with the Dutchman a heavy favourite to win his second title. Verstappen meanwhile added this week: ‘I’ve spent a bit of time with Nelson and he’s definitely not a racist. Verstappen has been one of the few who came to the defence of Piquet rather than side with his old rival. It’s been a saga that has done nothing to repair the already fragile relationship between Verstappen and Hamilton. Verstappen looked as though he might be in for an epic title fight with Charles Leclerc in the Ferrari.