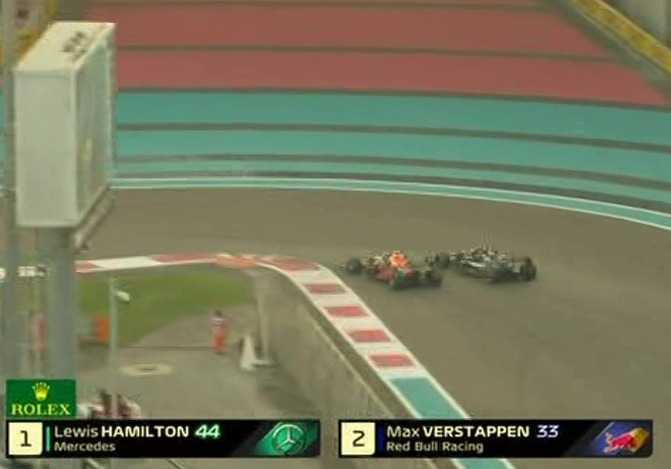 MAX VERSTAPPEN was left furious after a first-lap collision with title rival Lewis Hamilton in Abu Dhabi. Hamilton got off to a flying start to leapfrog pole-sitter Verstappen into the first corner at the Yas Marina Circuit. But Dutch rising star Verstappen launched an overtake on Hamilton later in the lap when the pair collided. Red Bull were adamant Hamilton had to move aside and let Verstappen pass. But they were left fuming when stewards decided no further action was needed and Hamilton was allowed to streak clear. Verstappen was instantly on his team radio and said: “He (Hamilton) has to give that place back.”. Verstappen was left fuming upon hearing the news that Hamilton would not be punished by stewards.