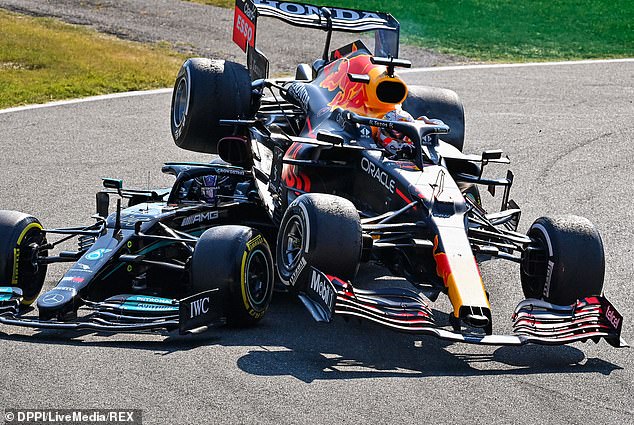 For all the relief that Lewis Hamilton escaped serious injury at Sunday’s Italian Grand Prix, another collision between the reigning champion and standings leader Max Verstappen was hardly difficult to imagine in the build-up to their latest clash. Hamilton and Verstappen are yet to be quite as scathing of each other as Prost and Senna were – the Frenchman labelled his adversary ‘disgusting’ after that 1990 scandal – but their resentment for each other seems to be building race by race right now. Verstappen seemed appalled by Hamilton’s celebrations after he won the race, and Hamilton insisted he would not be backing down for anyone in a compellingly spiky interview afterwards. As well as on Sunday, Verstappen has sent Hamilton off the track in Imola and Barcelona this season. What is undeniable is that Verstappen and Hamilton, like Prost and Senna at their peak, are locked in an intensifying two-man race for glory. They are not quite lapping everyone else, as Prost and Senna did, but Valtteri Bottas is a distant third behind Hamilton. Verstappen claimed that Hamilton called him after the Silverstone scandal.