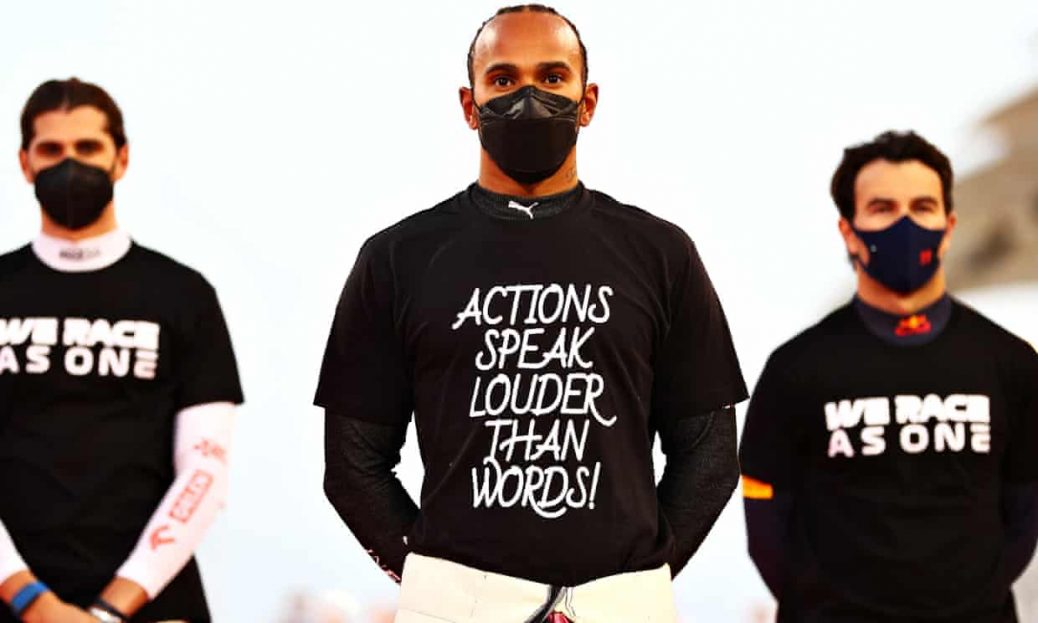 Lewis Hamilton admits change of approach in fight against racism

The seven-times world champion was outspoken in his views last season – demanding Formula One and its governing body, the FIA, do more to tackle inequality within the sport. Hamilton says he will continue to perform the gesture before races this season, and last weekend in Bahrain he was joined by a number of drivers, while others elected to stand. Hamilton wore a T-shirt with the message: “Actions speak louder than words.”. “At the beginning of the year I was very outspoken and calling out the sport,” said Hamilton, who opened his championship defence by winning in Bahrain. “I’m having conversations, trying to hold people in the sport more accountable.