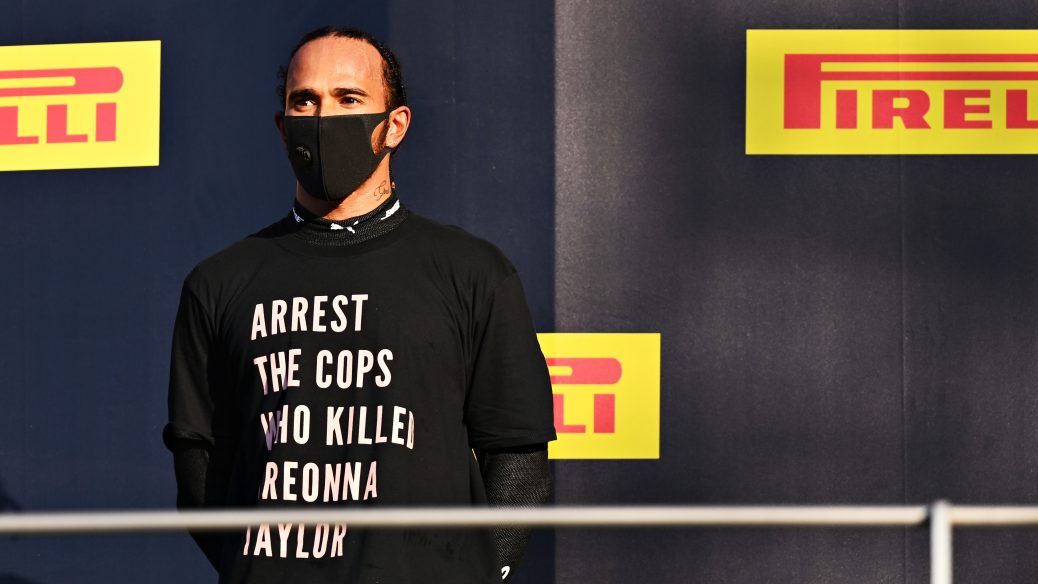 LEWIS HAMILTON “won’t let up” on his fight for racial equality after his display at the Tuscan Grand Prix. But the six-time world champion says criticism won’t stop him fighting for justice however he sees fit. Hamilton wrote online: “I want you to know that I won’t stop, I won’t let up, I won’t give up on using this platform to shed light on what I believe is right. Sunday’s Tuscan GP, Hamilton’s sixth win of the 2020 season, coincided with the six-month anniversary of Taylor’s death. Hamilton’s call for justice for Taylor, who was 26, is just the Mercedes superstar’s latest anti-racism display.