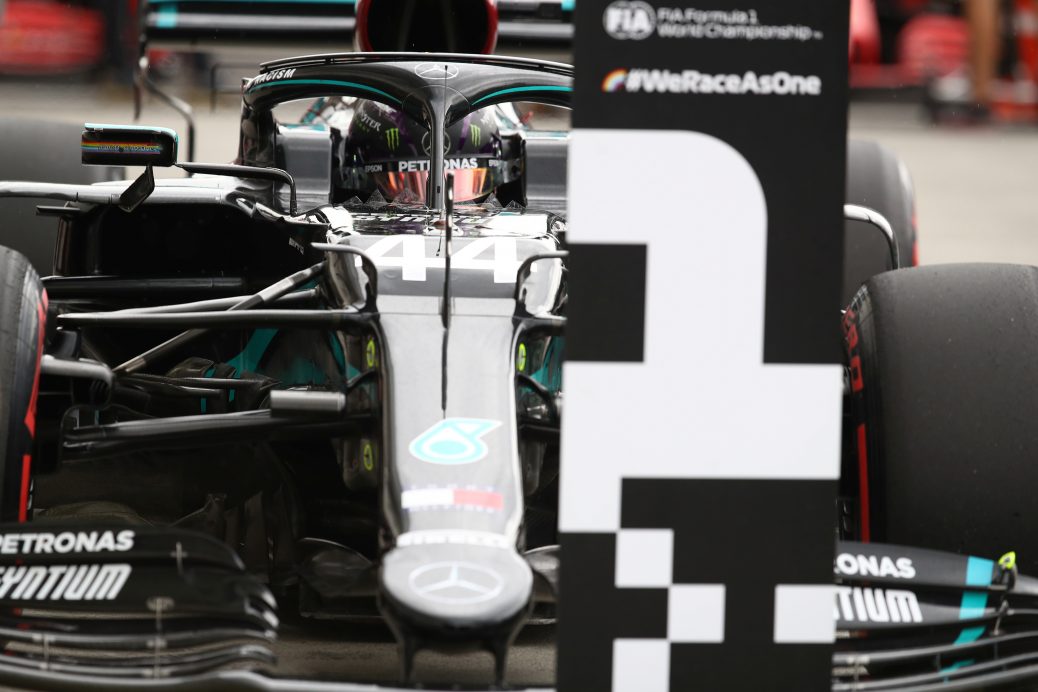 LEWIS HAMILTON secured the 90th pole position of his career ahead of Mercedes team-mate Valtteri Bottas for the Hungarian Grand Prix. The Mercedes star posted an unbelievable time of 1:13.447, with Bottas second on 1:13.554. Ferrari stars Sebastian Vettel and Charles Leclerc completed the third row for Sunday’s race in fifth and sixth respectively – behind the Mercedes pair and Racing Point duo. Racing Point stars Perez and Stroll set the tone early, finishing first and second in Q1, respectively. In the first session, Hamilton came in third, with Mercedes duo Carlos Sainz and Lando Norris in fourth and firth respectively. Williams duo George Russell (12th) and Nicholas Latifi (15th) also fell in Q2 as Hamilton and Bottas took finished first and second.