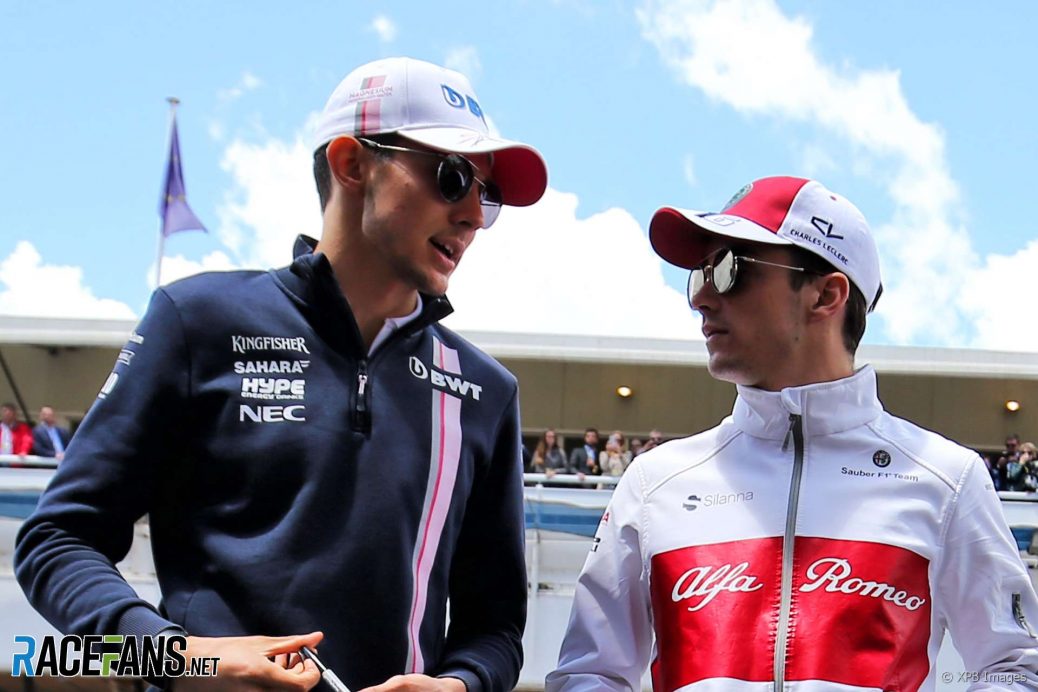 Charles Leclerc will be a championship contender in the 2019 F1 season according to his long-time rival Esteban Ocon.
Ferrari has appointed Leclerc to its team following his impressive debut season for Sauber this year.
“I think Charles will fight for the title next year for sure,” said Ocon.
Ocon said he rates Leclerc as one of the quickest drivers in Formula 1.
Ocon has lost his F1 race seat this year but hopes the success of drivers like Leclerc and new Red Bull signing Pierre Gasly encourages more teams to consider signing younger drivers.