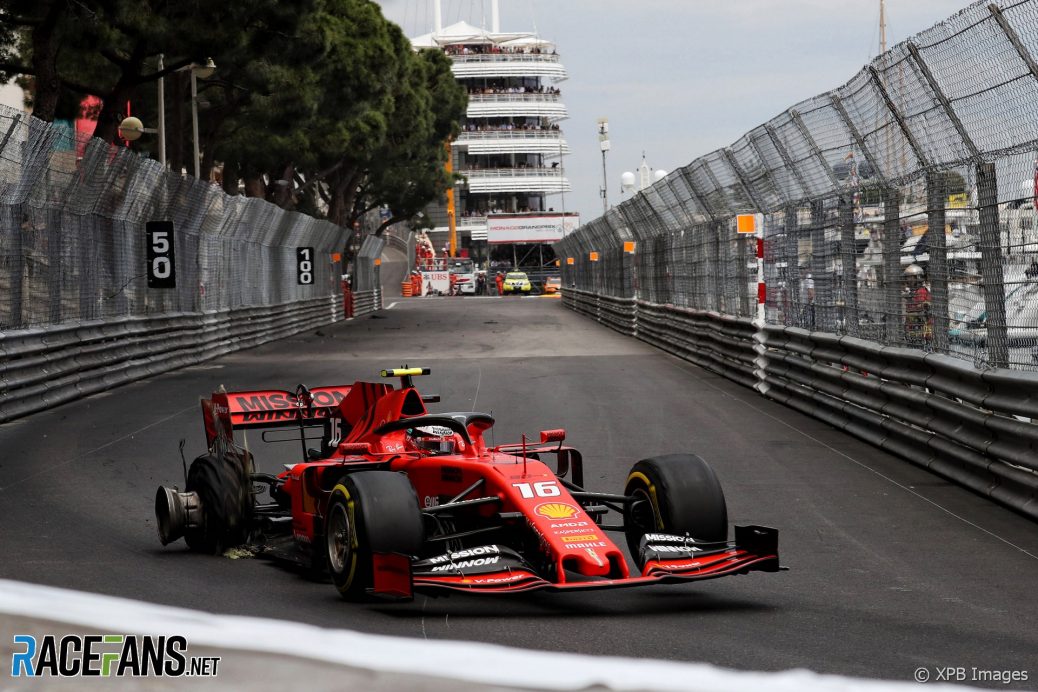 Charles Leclerc defended his performance in the Monaco Grand Prix after retiring early following contact with Nico Hulkenberg.
Leclerc said that meant he had to take risks.
“Starting from 15th, which was not our real pace position, I obviously had to take risks,” said Charles Leclerc.
The punctured tyre fell apart while Leclerc drove back to the pits, causing floor damage which eventually forced him to retire.
Charles Leclerc: “It’s a shame it happens at home, especially on a track like Monaco starting 15th obviously means that Sunday will be a difficult day.”