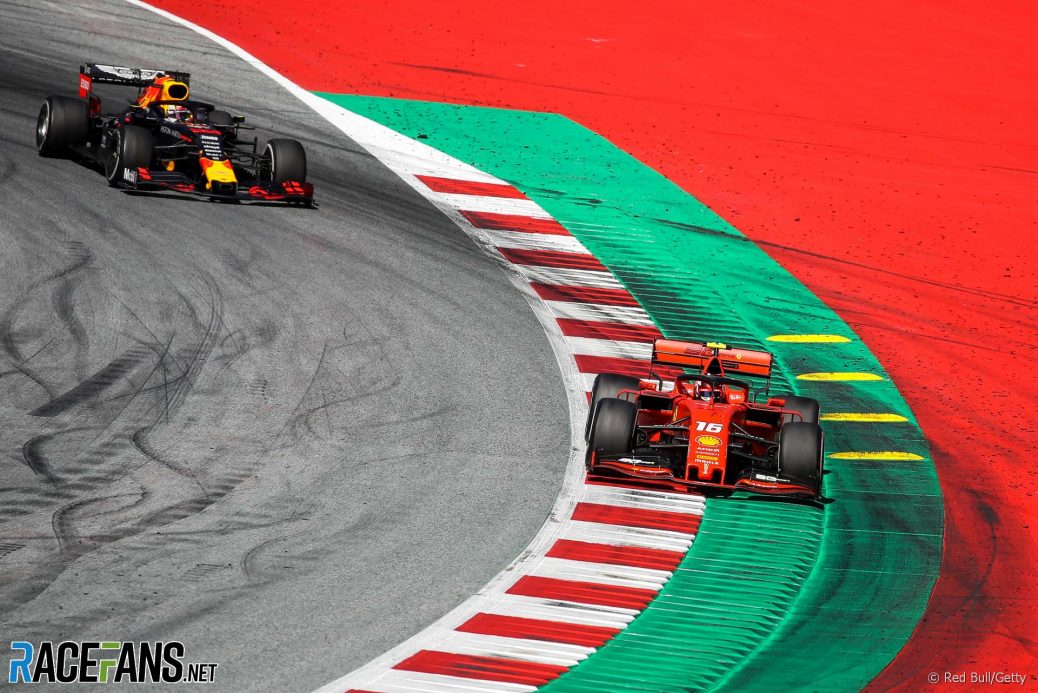 Charles Leclerc says the stewards’ decision not to penalise Max Verstappen for the clash between the pair in the Austrian Grand Prix was not consistent with other recent decisions.
Leclerc did not specify which previous incidents he felt the ruling was not consistent with.
“He had such a pace advantage with the tyres he was on that it was very difficult to keep him behind,” said Charles Leclerc.
He added he will reconsider his approach to wheel-to-wheel racing after the stewards’ decision not to penalise Verstappen.