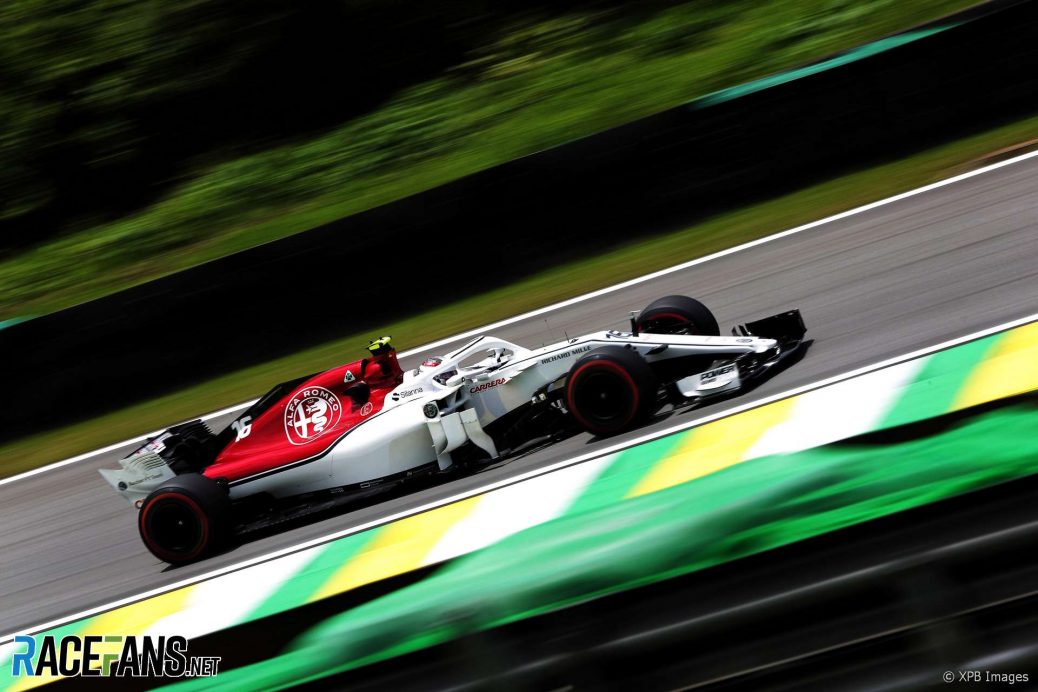 Charles Leclerc says Sauber didn’t expect to end the season with such a competitive car.
Sauber has consistently made the biggest year-on-year gains with its car of any team since the middle of the season.
“So it’s definitely looking good for them for next year, because they’ve had quite a bit of time to develop the car.”
Sauber has moved ahead of Toro Rosso in the constructors’ championship and Leclerc said their priority is ensuring they end the season where they are.