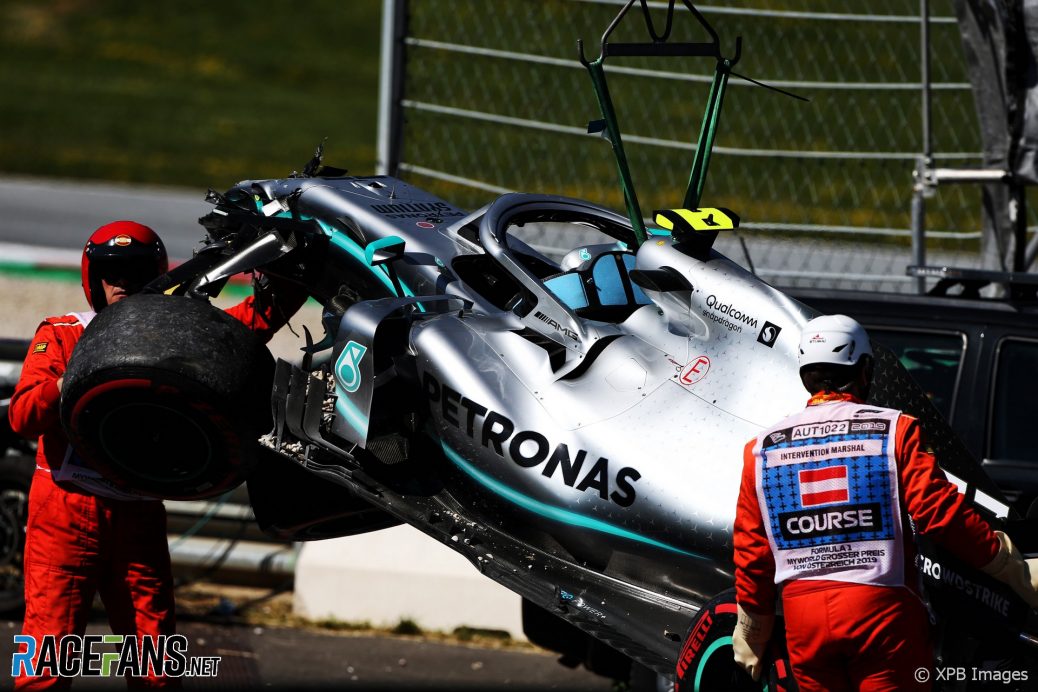 Charles Leclerc led the way for Ferrari in a disrupted second practice session as Mercedes and Red Bull lost a car each to crashes.
Verstappen lost the back end of his car at turn 15 and went into the barrier rear-first, causing substantial damage to the Red Bull.
Charles Leclerc found a clear run to lower his best time to a 1’05.086 to head the session, though he was two-tenths of a second off the quickest lap from the morning’s running.
Incredibly, Leclerc’s team mate Sebastian Vettel almost joined Verstappen and Bottas when he spun off at speed in the final corner.