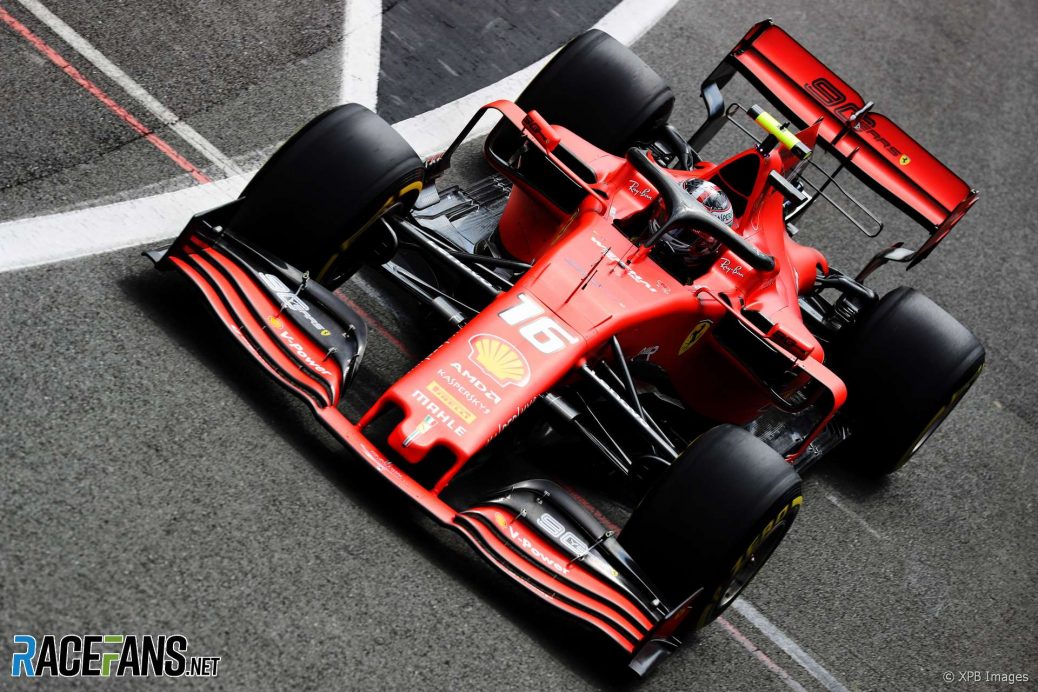 Charles Leclerc narrowly beat his team mate to the quickest time as Ferrari held sway in the final practice session for the British Grand Prix.
Leclerc edges Sebastian Vettel by just 0.026 seconds at the end of the final hour of running.
“The car’s not got a lot more to give,” said Hamilton moments before he chipped a tenth of a second off his best time with his final run.
The Red Bull pair separated the Mercedes drivers, Pierre Gasly the quicker of the pair for the third session in a row at Silverstone.
Browse all 2019 British Grand Prix articles.